Form – taken up as ionic Fe2+ and Fe3+, Iron is central to photosynthesis and the primary Carbon capture pathway. 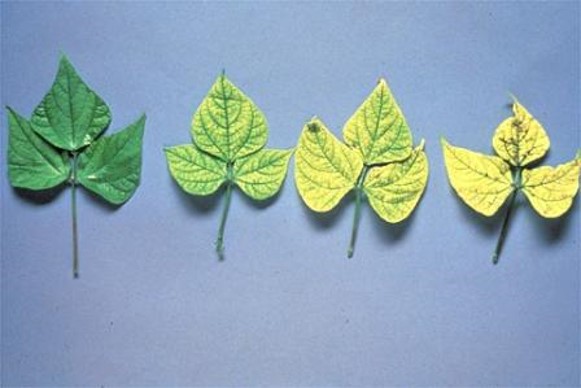 Function – as part of both cytochrome and chlorophyll, Iron promotes green leaf area, cell activity and photosynthetic rate. This has a direct impact of growth rate and the movement of soluble sugars around the plant. In addition, Iron plays a vital role in plant defence and enzyme activation. Iron-rich materials are released through the root system to stimulate beneficial plant microbes and reduce pathogen activity. As a result, low Iron status results in reduced tolerance to stress and infection. 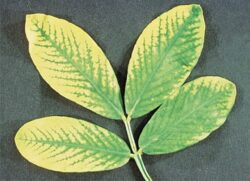 Actions –  check soil status and root development for compaction. Apply foliar treatments during the early stages of plant development and times of stress.

To prevents and correct iron deficiency, why not try OMEX FeN Feed 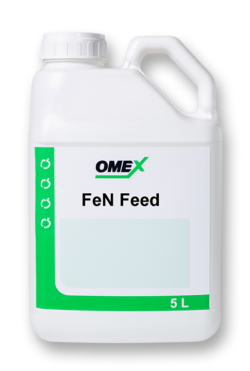